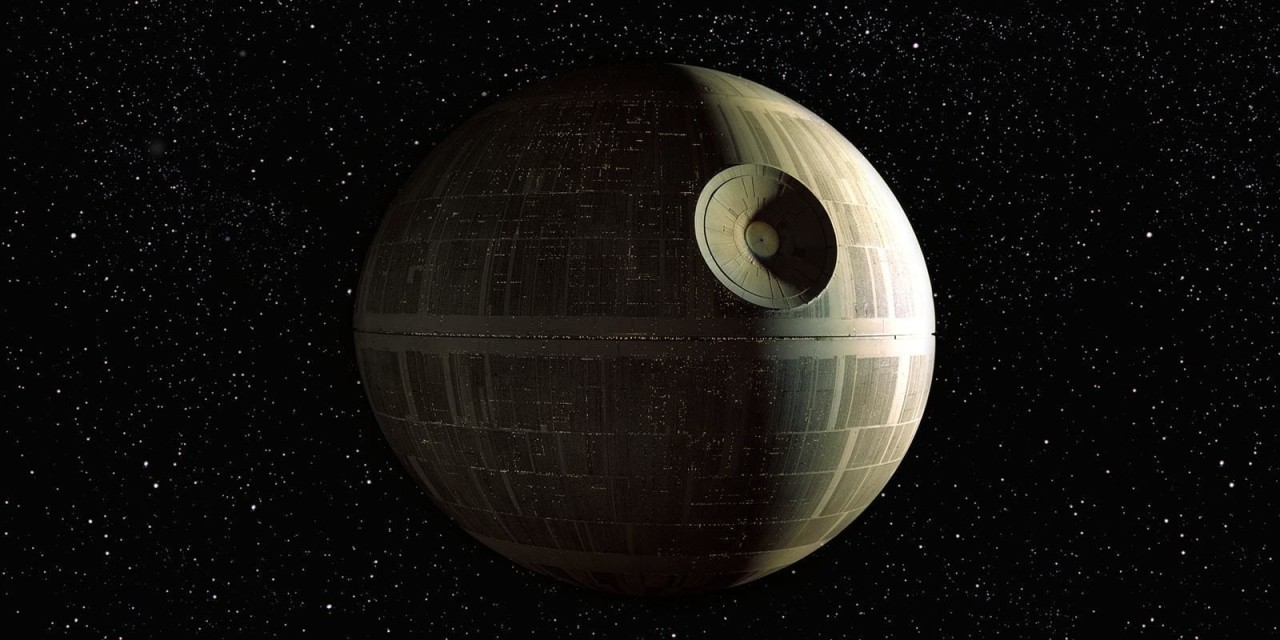 Posted on 21st August 2020 at 10:29
You need to face reality.
No point beating around the bush. If you want things to change. If you want to be happier, more successful, then that's what you need to do.
Not face the symptoms. Not the ripples that occur as a result of being jarred one way and then another.
Face into the root cause.
Look at what's changed and face down the impact it's having on all your internal thoughts, emotions and choices.
Just as Han, Luke, Obi-Wan, and Chewie do.
Eventually.
As the Millennium Falcon approaches the first Death Star it gets caught by a tractor beam. In the cockpit Han complains. Even throws around some blame. He jinks the ship this way and that, trying to break free.
But they're stuck fast.
Eventually, even Han admits it's futile.
They need a new plan.
So, they face into reality for a bit.
The root cause of them being stuck - that tractor beam - is hidden deep in the guts of the Death Star.
A moon-sized moon that is no moon.
So, of course, their first reaction is to hide.
Down into the smuggling compartments they go.
Ignoring the problem for a bit.
But they can't stay there forever. They have missions to complete. Money to earn. Lives to live.
Eventually they face into the next piece of reality - they’re going to have to sneak in and out of a heavily armed and fully operational battle station.
The small group of rag tag smugglers and optimistic heroes quickly realise they have no choice but to do something different.
They look at the facts.
They come up with a quick plan.
A plan they only gets them off the ship to start with, locating the tractor beam, and they adapt from there.
Then:
Dramatic chase scenes.
A quick firefight or two.
Tension.
A side quest to save the princess who becomes a key player in the survival of the galaxy.
Creativity to get over gaping chasms.
Some cheesy one liners.
Even a sacrifice that has repercussions across the rest of the story.
And they get free. Unstuck and able to head to safety and the next part of their epic fight against the evil empire.
They could have chosen to stay in the cockpit of the Falcon.
Blame the dastardly empire for capturing them. Lamenting how unfair it is.
Probably getting thrown into a deeper, darker prison.
The could have blamed the ship they were in. Not that blaming the fastest hunk of junk in the galaxy is a worthwhile pursuit.
But they didn't.
They faced reality.
Collected facts about the situation.
They absolutely listened to their gut and feelings too - otherwise they wouldn&#39;t have rescued Leia - but they combined them with data.
There may be many reasons you don't want to face reality.
But until you define the problem - "I need to disable the tractor beam controls deep inside the Death Star to break free and return to the rebellion" - then at best you are acting on assumptions, at worst, flawed conclusions.
Doesn't mean facing reality is easy.
But once you've started to do it, you'll discover some amazing facts about yourself.
Maybe you’re Luke - discovering a new direction to focus your energy and enthusiasm.
Maybe you’re Han - the cynical survivor who’ll discover a cause worth fighting for, growing into an insightful, brave leader
Maybe you're Obi-Wan - thinking your contribution is done but rediscovering a love of adventure as you face down fears you've never truly accepted.
It won't be easy. Storming a Death Star rarely is.
But neither is being imprisoned. Surrounded by a lack of reality. Stuck in a cockpit going nowhere.
If you want to take useful action, you need to get hold of useful insight and data.
Go storm your Death Star.
Share this post: