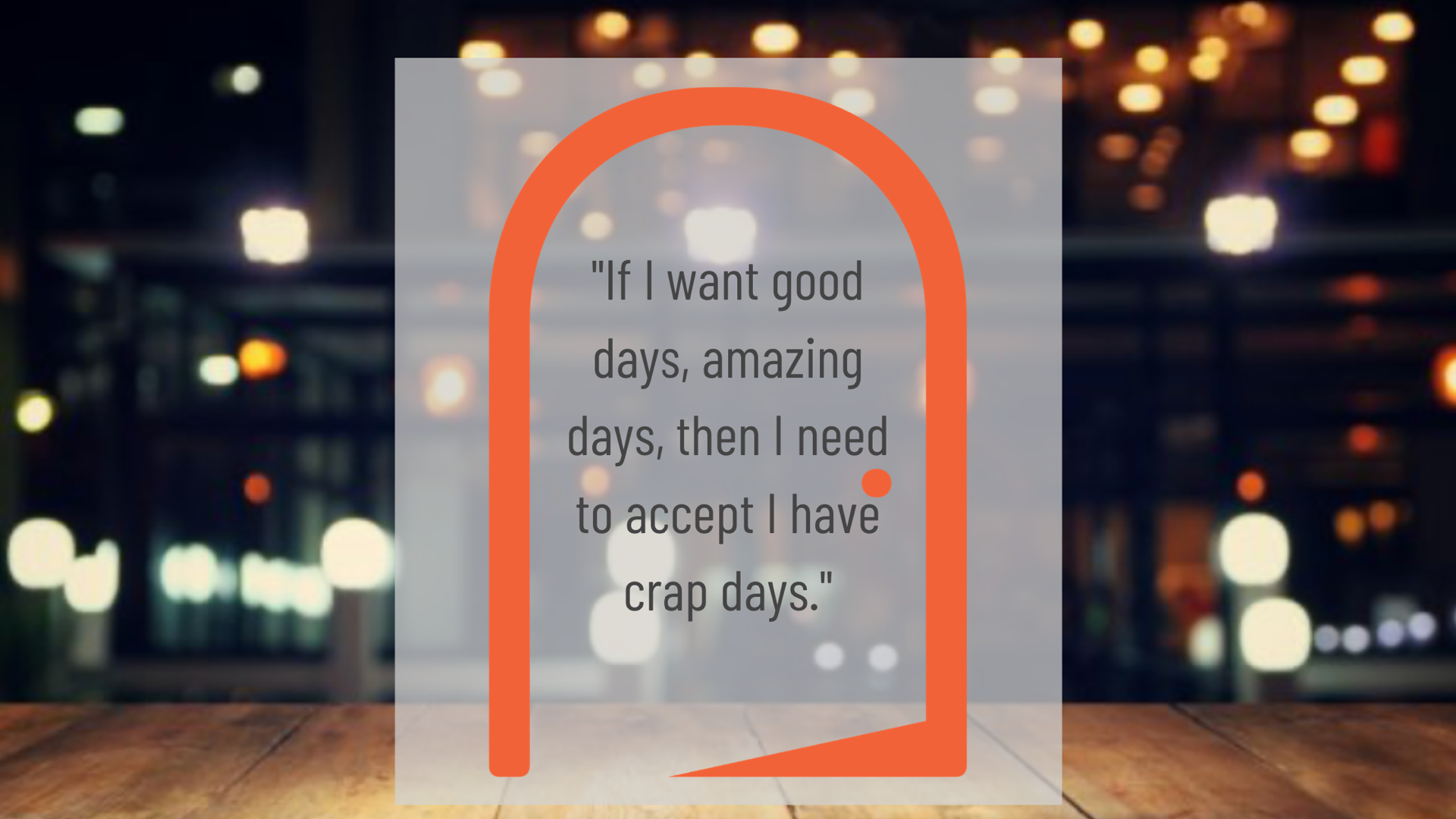 Posted on 6th January 2021 at 16:55
I don’t like constant positivity.
Yeah, I help people to see the happiness, the worthiness, the appreciation for their life and the life they can create through desire.
But trying to live in a world where I pretend that’s what it’s like all the time… no thanks.
I love dark chocolate - like, reeeaaaaaaally love dark chocolate - but I don’t want to just eat dark chocolate.
And I certainly don’t want someone shoving dark chocolate in my face and forcing me to eat it.
Recently I’ve struggled with the challenges being thrown at my kids. And instead of being completely there for them, I’ve got snappy. Ironically with them. I defaulted to sullen. Started to do things I thought would work but didn’t communicate them to the rest of the family. I had a really crap time while behaving like that.
Still did it though.
Living a life of happiness, of positivity, of success, DOES NOT MEAN IGNORING DAYS LIKE THESE.
Life is life.
We can absolutely live it from the inside out and have control over what we think and how that impacts us, but the outside is still there. We still have to go out into it, be surrounded by it, live in it.
And occasionally it gets to you.
Don’t ignore that. Don’t pretend everything’s okay and try to live a life of positivity anyway.
Accept that you had a crap day.
Accept that things are hard and maybe you acted in a way, that in that moment, felt right.
Do that before you do anything else.
Simply accept that what you did is in the past. If you did something truly wrong, then apologise if it’s the right thing to do.
Next (and it is next, not first…), you make a decision.
Is that how you truly want to be?
I have an image of the parent I want to be. A parent I am when I’m at my best.
When my actions don’t align with that, I remind myself of who I want to be.
I make a commitment that I will do better by that version of me.
But only after I’ve accepted the moment I wasn’t living up to that version is in the past.
Not beat myself up. Not relive it. Not go through it all again.
Simply sit with it. Face the fact that it happened.
I had a bad day. I said this. I did that.
No judgement. Just an understanding of the facts.
Then, once you’ve done that, you’ve done that.
Not only is the crap day in the past, but so is your acceptance of it.
Done.
Now you can move forward.
It may still be hard, but you will be lighter. The better choices in front of you will light up a little brighter.
Not because you’ve ignored the crap, but because you’ve accepted it. Acknowledged it and made it part of your true past.
And in doing so put yourself in a better position to decide what you want in the future.
Appreciating the dark makes the light shine even brighter.
It’s not about balance, but about balancING. And you can’t practice balancing if you keep pretending there’s nothing on one side of the scale.
If getting better at balancing is something you need in your life right now then let’s have a conversation.
Share this post: