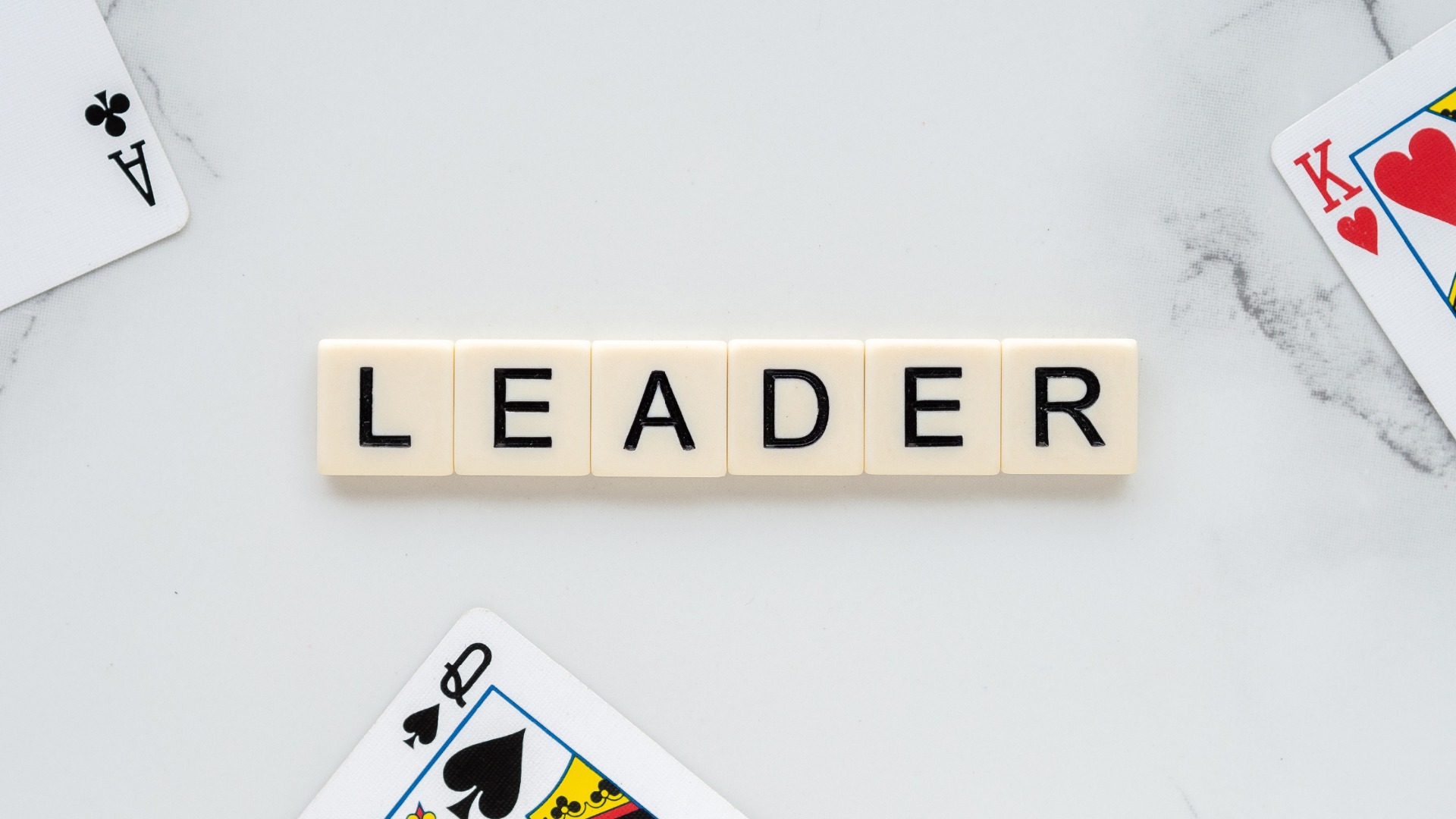 Do We Really Need Leaders?

Posted on 14th February 2022 at 15:09
The problem with leadership is all the leaders.
“We need more leaders.”
“We need different leaders.”
“Leaders need to be better.”
“Change starts at the top...”
We’ve leant a hell of a lot into the belief that if we change the leader, or change what the leader says and does, then everything will be better.
We see this view in business. To turn a company around, or to deal with a poor or toxic culture, change the people at the top. They'll be able to deal with the myriad of reasons, forces, and attitudes that create the problem in the first place...
We see this view in sports. When the wealthy owners of a football club see their team lose a few games, then it's time to sack the manager and get a new one in. They'll be back to the top of the table in no time...
We see this view in the public sector. Cressida Dick, the Metropolitan Police Chief here in the UK, stepped down due to not being able to provide confidence in dealing with the cultural issues endemic in the UK Police force over the last few years. She was given 5 days to replan and there was surprise she couldn't provide a firm solution in that time. Her replacement will go through, I'm sure, a gruelling process, to provide that confidence in hours instead...
If it were true that replacing the leader would make all the difference, then surely we should have very few problems in business, sports and the pubic sector..?
Don't get me wrong - it absolutely can make a difference, but how much, and is it the best way to change things - or just the way we've always changed things? Is it really making the world that business, sports, and the public sector operating in better?
In 2020 it’s reported that 25% of all company training was spent on leadership development, a staggering $357.7 billion worldwide (it's worth noting spend was down considerably that year because of the Covid pandemic). It’s hard to find details on ’numbers of leaders’ - and of course the perfect ratio is so contextual it’s incredibly hard to extrapolate - but generally speaking, let's take somewhere around the 5-15% mark as usual. So, for them to get a significantly and proportionately bigger slice of the L&D investment you’d expect there to be a pretty decent return on your investment…
Except absence figures get worse each year. The number of people hurt at work continues to increase. Mental ill health is on the rise. Retention problems continue abound and are being exemplified in situations like the “Great Resignation”. And over half of organisations don’t even recognise presenteeism as a real word, let alone a situation that’s likely costing them more than absence and retention together.
Something needs to change.
We need to stop treating the symptom (poor leaders) with a patch (different leaders), and deal with the root cause.
And the root cause is that we haven't helped every indvidual in every team become more aware of their own talents, potential, risks, and purpose.
Every member of the team needs support, investment, and development, not just the leader.
We can start with the skill of leadership.
Keeping leadership the domain of leaders is like saying only the head carpenter should get to develop their skill of carpentry. The skill of carpentry is critical to everyone involved in the design, creation and assembly of furniture - you don’t just train one person in it and then hope they can explain it well enough for the others to catch on.
Some people might want to go deep, or even specialise, but every member of every team needs to understand the skills critical to the success of the team. Leadership is one such skill, as is followership and teamship. Without understanding them, making them available, developing them, your team will never fulfil its potential.
There are a lot of pros to having good leaders in your organisation. Transparent lines of responsibility. You can see where decisions are made. Inspiration, direction-setting, and purpose has clear ownership. The removal of obstacles, barriers, and even threats has a distinct owner. There’s always someone who has the responsibility for recognising achievements and progress; someone who’s responsibility it is to say well done and thank you.
But I keep coming back to that one point - do we need leaders to do this?
There’s something that stands out for me whenever anyone justifies having leaders in an organisation. You can see it in each of the pros above: clarity. Having leaders makes these things easier to see. Easier to pin responsibility somewhere. Easier even for others to avoid doing these things. It simply makes it easier to put these things somewhere - and don’t get me wrong, in today’s complicated world, there’s something to be said for simple. It doesn’t mean they’re better when done by a leader though. Simple doesn’t always mean better. 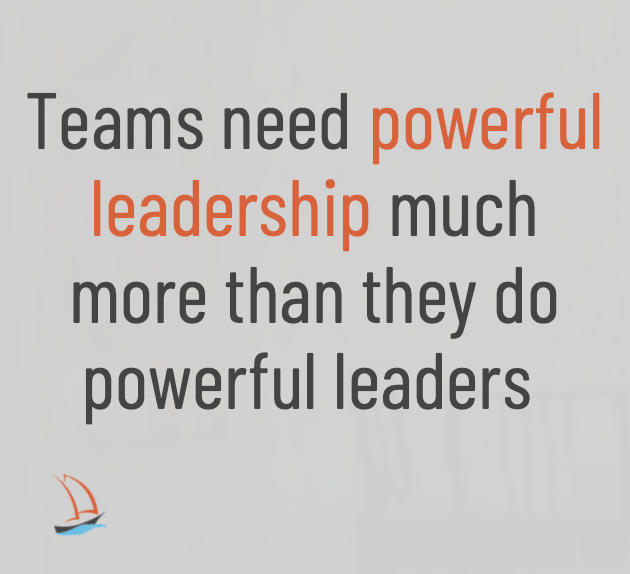 There is real fear of removing leaders and the first argument is usually who is going to do what leaders do. The answer (and I hope you saw this coming) is the team.
This is where people tend to throw hyperbole such as ‘running things by committee never works’, which is a good reminder that a committee is not a team. I also refute the belief that we are born with a natural desire to be led. We do not have some innate need to be guided, supported, challenged and nurtured by one person, by one personality. We do have a need for purpose though. Research after research shows that this is the key to fulfilment and that moment where your life just clicks. We also want safety. I’d go so far as to say we should be demanding safety. Too many compromises are made at the expense of mental and physical safety. Lastly, we want success. Something tangible as a result of what we take from this world. There’s space for people in this world who simply want to ‘be’, and there’s something powerful about embracing that as a concept throughout your life. What helps us ‘be’ is the idea of contribution, of having a positive impact on the world around us. No matter what we do, if we breath, eat, and stay safe we will have to take from the world. We have a responsibility to give back. And we do this by being successful - by adding something of tangible value to the world.
We don’t need leaders to provide people with purpose, safety and success. This comes from the inside out - with the support that teamship embraces. It’s time to stop dictating you can only get these through leaders.
An effective team will be visionary, allowing each member to explore, pursue and drive towards an aligned purpose - and never at the expense of personal purposes either. An effective team provides safety to minimise the obstacles and threats they face together. An effective team enhances its potential for success through connecting with each other in a deeper, more intimate way.
There is no doubt that learning to use leadership, reflecting and improving upon leadership, without being able to pin it to one individual in a team does make it more complex. So why would you do it?
Consider a team so powerful, so effective, so intimate with each other and the work they each do, that someone from the outside wouldn’t be able to tell who the boss is. Where does that power, effectiveness and intimacy come from? It comes from the leadership inside the team. Leader’s don’t bring teams together, leadership does. To ensure the power is focused on the right areas, to be effective from the start, we need to think about leadership differently. We need to think about how it emanates form inside the team. This is what I call "Inside-out leadership".
Inside-out leadership is shared. It’s not about power for the sake of ego, not using that power to outwardly effect the world - it's about inwardly lifting the team up. And any team member can do it.
You see this when a team just gets on with it, with smiles on their faces, owning the issues as well as the successes. There will be frameworks and structures in place to discuss the work, to explore obstacles, to raise issues. There will be regular retrospective practices which look to help the team learn, and the lessons will be applied quickly and with minimal effort. Inside-out leadership is about clarity. Everywhere. What the job is. Why the job is. What it does. Who benefits, who doesn’t. It helps identify purpose, impact, and meaning, and helps see the links between these. You see this when a team is happy. Sure, it impacts the bottom line in a positive way too, but only because the team is more productive as a result of being somewhere they want to be. Improved profit comes from dignified clarity.
So, do we still need leaders?
Right now, probably. It’s a hell of a leap, not just for an organisation as a whole, but for a team, and for individuals, that have been conditioned to be led by one person to make radical shifts.
Do we need to think differently about them? Absolutely. This is where the radicality needs to come from - leaders can start by thinking in a radically different way about their own impact on their team. Encourage more listening - not just as an expectation from the leader, but from all team members. Think about how team members can step up and show more leadership. Ask the team how they want to work. Listen to what they say. Step outside job titles, role descriptions and start to ask questions like: who is best placed, who has the best talents, right now, to work on this?
If you're not an official leader, then act as a leadership catalyst. Wonder what could be different, get curious, ask questions, do things that help the team.
From there, a new type of team will rise, a new organisation will rise.
Let's stop saying it's complex and falling back on variations of what we've done before.
Let's start asking what went wrong and look for different answers to old questions, because the old answers aren't working.
Share this post: